At one extremity of the Selwyn Waihora zone is the culturally and ecologically significant Te Waihora/Lake Ellesmere, and at the other is the striking limestone karst and rugged peaks of Arthur's Pass. 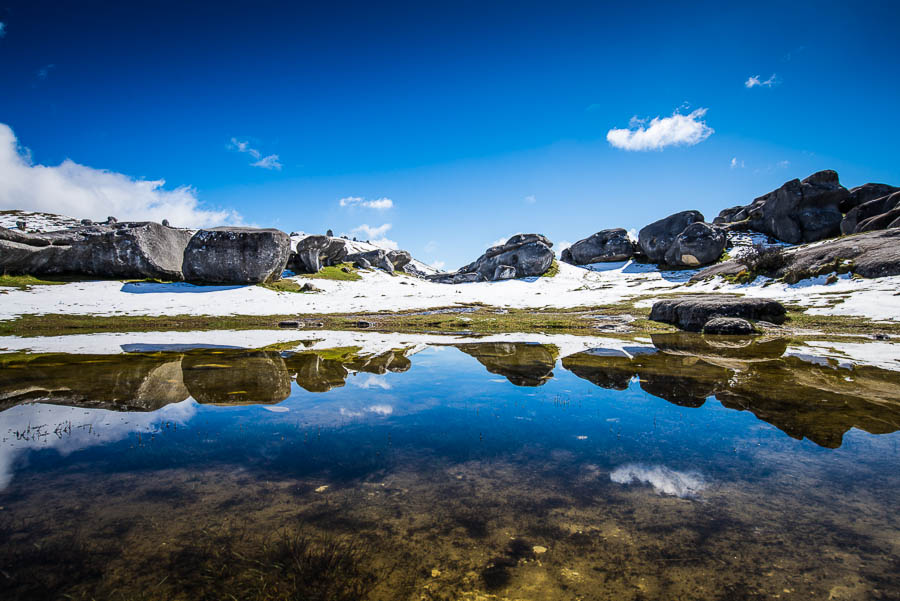 Te Waihora/Lake Ellesmere is an area of cultural, natural, historic, recreational and commercial importance to many people. The shallow coastal lagoon and associated wetland environment of Te Waihora/Lake Ellesmere is recognised as the single most diverse bird habitat in the country. It is an internationally significant wetland, notable for its cultural significance and outstanding native vegetation and wildlife values (for bird and aquatic species). To Ngāi Tahu, Te Waihora represents a major mahinga kai and an important source of mana.

It is a high priority site identified within the Canterbury Water Management Strategy (CWMS) with specific targets relating to accelerating the current restoration of Te Waihora/Lake Ellesmere and its tributary streams.

Canterbury mudfish are the second most threatened native fish in New Zealand and some of their last remaining strongholds are in the foothill catchments such as the Wainiwaniwa Valley and the Hororata River. The natural habitat of mudfish are mainly spring fed streams flowing through wetland areas but today, they are found in a wide range of habitats, from small springs to willow bogs to more modified habitats such as water races, roadside drains and farm ponds. Mudfish have amphibious tendencies and will readily leave the water if conditions deteriorate, but need moist conditions to survive. Find out more about Canterbury mudfish and what you can do to help.

Formed from sediments deposited in an inland sea some 30 million years ago, these outcrops have been uplifted as part of the Torlesse and Craigieburn Ranges and sculpted by water. The bluffs and crannies which form part of this unique landscape have also provided a refuge from the burning and over-sowing with introduced grasses and grazing which has dramatically changed the vegetation in large areas of the Waimakariri Basin. These small areas still contain shrubs (such as mountain wineberry/makomako, matagouri, mingimingi/Coprosma propinqua, and porcupine shrub) that would once have been widespread. They also have species which are characteristic of limestone areas such as the rare limestone wheatgrass, limestone fern and Carex inopinata, a tiny 3 cm high sedge.

Mahinga kai largely relate to indigenous plant, bird and fish species and their ecosystems and habitats. A Mahinga Kai Species Guide has been developed showing some of the key species found in the Te Waihora / Lake Ellesmere catchment across different habitats.

Te Waihora/Lake Ellesmere is recognised as the single most diverse bird habitat in the country and is an excellent spot for birdwatching. 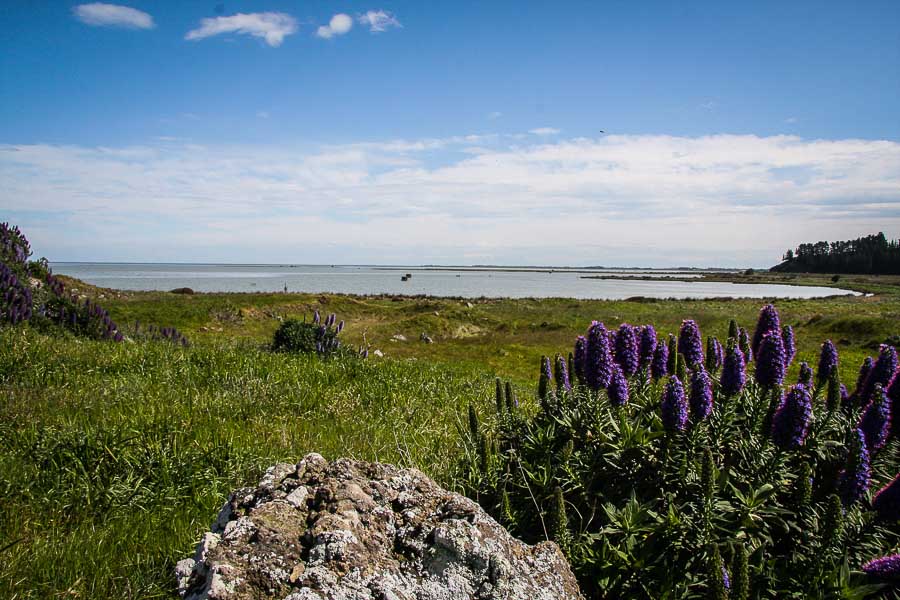 Things to do
Bird watching is best undertaken on the Greenpark Sands from Embankment Road where rare international migratory species can be seen. A pleasant 20 minute walk to the bird hide on Harts Creek is a good place to spot elusive swamp birds. The Kaituna Lagoon, accessed from SH75 is the best viewpoint for waterfowl.

Lakeside Domain at the western end of the lake has an aquatic club and lanes for jet skis and water skiing. Windsurfers, sailing boats and kite-boards can also be lauched here, taking advantage of the lakes windswept nature and shallow depth. Kayaks can also be launched from here and the following points: from Wolfes Rd on the LII River, from the Selwyn Huts on the Selwyn River and from above SH75 on the Kaituna River. Warning - wind conditions on the lake can change very rapidly, always be prepared.

Recreational fishing is possible on many lower river reaches including: the lower Selwyn, the lower LII (Woolfes Rd), the Irwell river and the lake itself. Recreational game bird shooting occurs at many areas around the lake. Contact North Canterbury Fish and Game for more information.

The Little River Rail Trail now provides an excellent way to access the lake by bike. Starting at Motukarara the trail provides great panoramas of the lake and Kaituna Lagoon during its 13km journey to Birdlings Flat via the old railway embankment.

The Department of Conservation provides further information about activities at Te Waihora/Lake Ellesmere.

Ecologically and culturally, Te Waihora/Lake Ellesmere is regarded as being nationally and internationally important, providing outstanding wildlife, native vegetation, cultural, and fishery values. Over half of all recorded native bird species in New Zealand have been seen at the lake (i.e., 167 of 324 species) making it the single most diverse bird habitat in the country. Native terrestrial vegetation including multiple threatened and at risk species. The native fisheries include very large stocks of long and short-finned eels. Find out more about Te Waihora here.

History
Te Waihora/Lake Ellesmere is an area of cultural, natural, historic, recreational and commercial importance to many people. To Ngāi Tahu, Te Waihora represents a major mahinga kai and an important source of mana. Its earliest name, Te Kete Ika a Rākaihautū - the fish basket of Rākaihautū, a founding ancestor - pays tribute to this significance and the role of the lake in the history, identity and ongoing wellbeing of Ngāi Tahu Whānui. The loss of this precious tribal taonga was part of the grievance outlined in the Ngāi Tahu claim to the Waitangi Tribunal. The Tribunal strongly recommended the return of Te Waihora to Ngāi Tahu, and commented that this needed to be accompanied by significant and committed Crown action to restore Te Waihora as a tribal food resource (Chapter 17, Waitangi Tribunal 1991).
Ngāi Tahu is now the fee simple owner of the lakebed and they have written a joint management plan for the lake and surrounding land with the Department of Conservation. The Papatipu Rūnanga Board is in place to guide management, and employs a project coordinator to implement the plan on the direction of the Board.
Getting there

There are many access points to the lake shore.

Buses run to Lincoln and Halswell from the Square. There is a bus service to Akaroa, along State Highway 75, which runs along the eastern side of Te Waihora, past Birdlings Flat.

Know before you go

We strongly urge that you check the current status of the lake here before visiting the area. 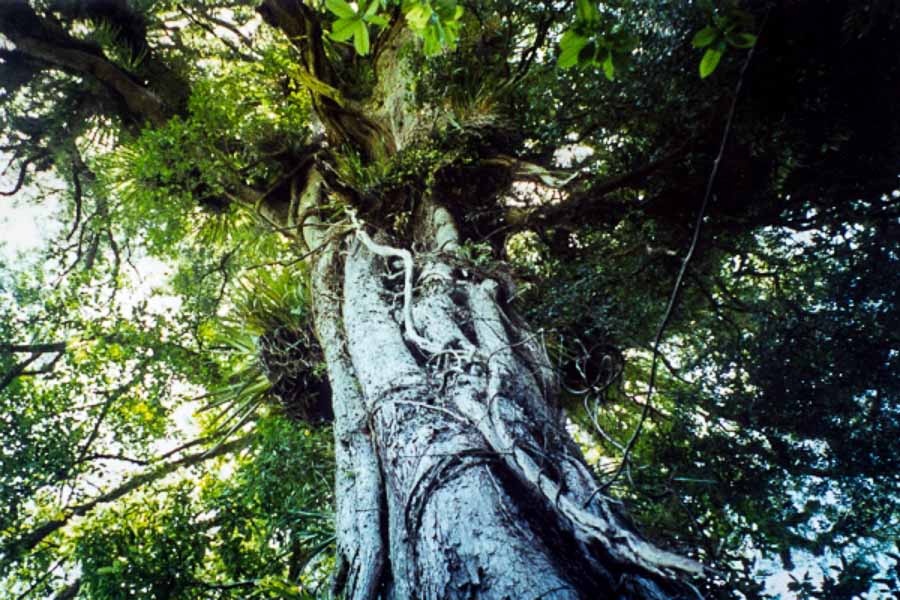 A walking track provides access to the Kaituna Quarry/Ātaahua Reserve. From here you can access the rail trail and get spectacular views of the lake and the adjoining wetlands and their prolific birdlife.

Kaituna is situated on the northern edge of Te Waihora/Lake Ellesmere, where it meets Banks Peninsula/Horomaka. It includes three separate sites of approximately 10 hectares, which run along the southern side of the rail trail and are bordered by Te Waihora.

Kaituna includes freshwater riparian, wetland, brackish and freshwater lake margins and terrestrial dry lands. It is widely used as part of the rail trail and provides a range of important habitats and breeding areas for many bird and fish species, including kāmana/crested grebe and matuku/bittern.

A huge variety of migrant and breeding bird species can be seen here.  At any one time, as many as 98,000 birds might be found here, representing over 150 species. Te Waihora/Lake Ellesmere has the most diverse bird population of any location in New Zealand, and over half the total number of New Zealand's bird species have been recorded here.

As indicated by the name, traditionally Kaituna would have been a significant site for tuna harvest, particularly for the inhabitants of the nearby Waikakahi pā. It is likely that pātiki/flounder and manu/waterfowl would have been harvested within the lagoon area. Kaituna was also a significant rūnanga access site to Te Waihora.

The vision is to successfully establish self-perpetuating native vegetation communities, which will continue to provide a seed source to enable natural expansion. The project is a collaboration between Ngāi Tahu, the Department of Conservation and Waihora Ellesmere Trust with support from the Canterbury Water Immediate Steps Fund awarded by the CWMS Regional Committee.

From Christchurch, take the Christchurch Akaroa Rd (Highway 75). A small car park by the road is sign posted just past the Kaituna Valley Rd turnoff.

The forests, shrublands and bluff communities present on Te Ara Pātaka are representative of the full range of plant communities that occupied Banks Peninsula prior to European arrival. The track takes you through retired farmland and bush remnants with stunning views of the Kaituna Valley over to Lake Ellesmere/Te Waihora and Port Levy. 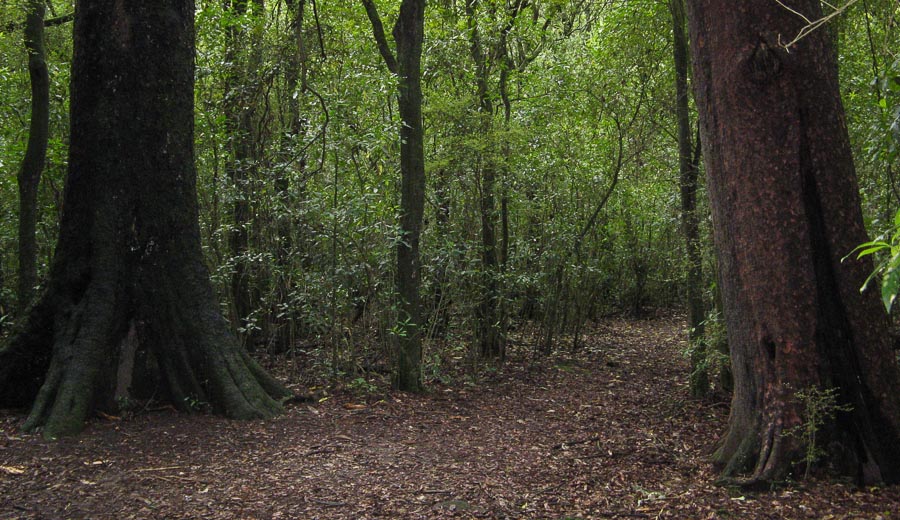 Things to do
The track, mapped as the southern end of Monument Track, leads up the valley to the summit ridge between the back peak of Mt Herbert/Te Ara Pātaka and the Port Levy Saddle. It links with the Summit Track, the Monument Track to the Port Levy road, Mt Herbert, Mt Bradley and Packhorse Saddle. The track takes about 1 hour 30 minutes one way.

The track takes you through retired farmland and bush remnants with stunning views of the Kaituna Valley over to Lake Ellesmere/Te Waihora and Port Levy. The site contains an estimated 300 plant species including rare species. Much of the area is actively regenerating back into forest which would have once covered this landscape.

One of the most outstanding features of the vegetation at this site is the survival and regeneration of many large podocarp trees of thin bark totara (Podocarpus hallii), lowland totara (Podocarpus totara), kahikatea (Dacrycarpus dacrydioides) and matai (Prumnopitys taxifolia). These truly magnificent trees are centuries old and have escaped burning and large scale forest clearance by Maori and European settlers.

The Kaituna Valley was a traditional access and trading route for Ngāi Tahu, particularly for the Ngāi Tahu hapū of Ngāti Huikai travelling from Koukourarata /Port Levy to the great māhinga kai (food and resource gathering area) of Te Waihora/Lake Ellesmere. Kuhakawariwari located in Kaituna was one of many sites of significance to Ngāi Tahu in the area and was used as a boundary marker between the Port Cooper and Port Levy blocks during the 19th century Crown land purchase of Ngāi Tahu land.

Before European arrival this property was a forested gully. With the conversion to farming most of the large podocarps were felled. The property was then run as a sheep and beef farm for over 100 years. The grazing has fortunately never been heavy and this has allowed small remnants of native bush to persist in gullies. Many plant communities have survived in these pockets and are now a valuable seed source for regeneration.

The current owners of the property have retired the area from grazing and with support from Banks Peninsula Conservation Trust, WWF and Environment Canterbury’s Biodiversity Fund have put a covenant on the property to ensure the long term protection of the area and an educational and recreational source for the future.

From Christchurch, head south along the Christchurch Akaroa Rd (SH75), turn left up Kaituna Valley Rd and follow the road to the parking area at the end of the sealed road. From the car park walk past the house to the start of the track.

Please help protect this site by lighting no fires. The track is unmanaged, so watch your footing and please take notice of any hazard signs.

Ngāi Tahu, in conjunction with a number of agencies and non-government organisations, carry out and fund a variety of restoration activities in and around Te Waihora/Lake Ellesmere.

The Canterbury Water Management Strategy targets specifically refer to a co-management arrangement between Ngāi Tahu, the Crown and local government.

The types of activities undertaken include:

Fonterra and government agencies are providing $11.6 million to clean up the heavily polluted Te Waihora/Lake Ellesmere. The regional committee of the CWMS has also committed $540,000 over five years for its Te Waihora flagship programme for biodiversity.

As part of the Canterbury Water Management Strategy (CWMS), the Selwyn-Waihora Zone Committee can recommend $100,000 per year in Environment Canterbury funding to support projects through the Immediate Steps biodiversity protection and restoration programme.