The Lower Waitaki South Coastal Canterbury zone is comprised of a number of significant areas of biodiversity interest including the Wainono Lagoon, the Lower Waitaki River and the Hakataramea Valley. 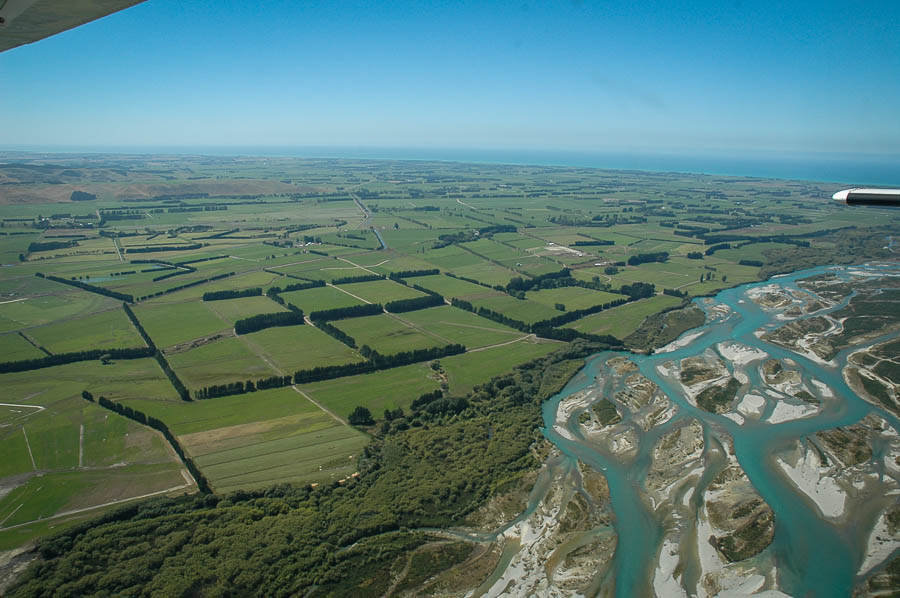 Regionally significant coastal wetland providing habitat to a range of indigenous species including white heron, royal spoonbill, wrybill, pied stilt, grey teal, eels and whitebait. The importance of this site has been recognised through the adoption of Wainono Lagoon as a Regional Flagship project – with the Regional Committee allocating $120,000 towards protection and restoration of the wetland.

The tributaries and associated wetlands of the lower Waitaki River provide habitat for a variety of indigenous bird and fish species, including Canterbury Mudfish. The Waitaki Valley contains pockets of remnant scrub which provide habitat to native skinks and New Zealand falcon/kārewarewa, and native herbfield communities that support a distinctive rare/threatened moth fauna. The Waitaki River mouth hapua and tributary coastal dongas are important Mahinga Kai sites and habitat for many native fish and bird species.

Wainono Lagoon is a South Canterbury treasure covering 480 hectares of coastal lagoon and wetland areas. The lagoon is of national and international importance for its birdlife and native fish. 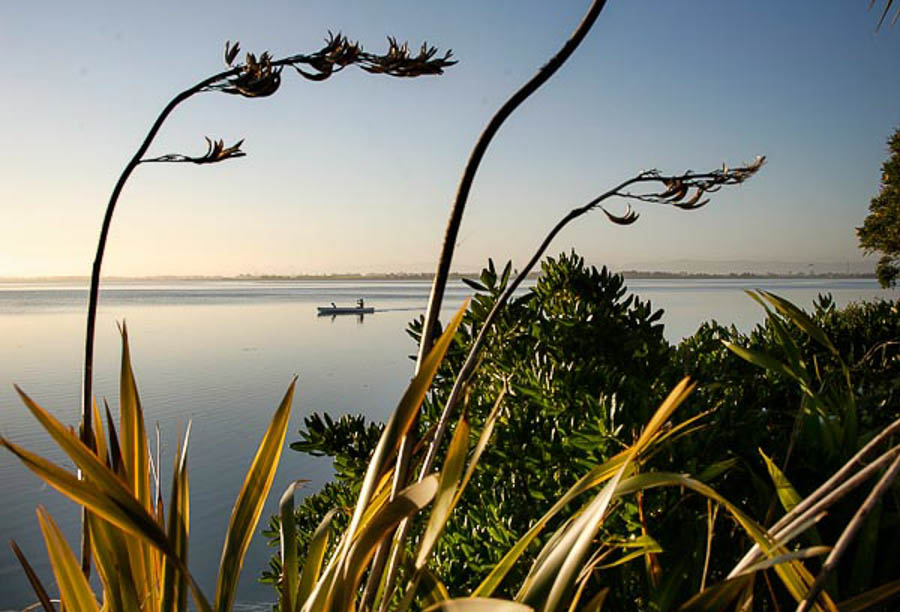 The track along Wainono Lagoon runs from Hook Beach Road to Poingdestres Road along the shingle bank between the lagoon and the sea, and takes 2.5 hours one way to walk. Walkers can start at either the Dead Arm end (south) or the Hook Historic Memorial (north). Some of the time will be spent walking on beach shingle and stones which requires stamina. View Wainono Lagoon Map (PDF 6.09 MB)

Wainono is a 335-hectare brackish coastal lagoon that lies one metre above sea level, separated from the sea by a shingle bar. Adjoining the lagoon are salt marsh and salt turf wetlands and one of the best remaining carex- and flax-dominated wetlands in Canterbury. While stopbanks protect farm land in some areas, the natural fluctuation of lake levels causes periodic inundation of low-lying paddocks. Willows, flax and tall grasses can be found on the northwest side of the lake and small rushes on the low-lying flats to the north.

Wainono Lagoon hosts an amazing diversity of bird and fish life due to its diverse habitats. Some 57 bird species have been recorded with 15 breeding species. Fish include long-finned and short-finned eel/tuna, brown trout and flounder/pātiki. Whitebait, smelt and yellow eyed mullet also visit the lagoon in season. Lampreys/korokoro visit the outlet stream. Wainono Lagoon is popular with hunters during the game bird season. Game bird species include Canada geese, black swans, mallard and grey ducks, and paradise ducks. There are also specialist plant species including threatened species like the native swamp nettle/onga onga (Urtica lineafolia) and the threatened ground cover plant (Meuhlenbeckia ephedroides).

The margins of Wainono Lagoon are the most extensive wetland area in lowland South Canterbury. The lagoon was very important to Ngāi Tahu hapū of South Canterbury as a mahinga kai source. Unfortunately this is no longer the case because of the degraded state of the lagoon.

A project to restore the quality of the lagoon was started in 2010, following years of steady decline in water quality. The Wainono Restoration Project seeks to improve water quality in feeder tributaries to Wainono, thus improving water quality and preserving habitats and amenity values in the lagoon. The primary focus is helping farmers identify and manage sediment and nutrient inputs from their farming operations. Other activities include weed control and wetland management.

The Wainono Restoration Project is funded by the Ministry for the Environment’s Fresh Start for Freshwater programme and Environment Canterbury’s Biodiversity Fund and was also awarded Immediate Steps funding by the Lower Waitaki-South Coastal Canterbury Water Zone Committee. There have also been significant contributions from landowners in the Wainono catchment and the community.

From Makihikihi near Waimate, leave SH1 and turn onto to Hook Swamp Road, then turn onto Hook Beach Road. Alternatively from Foley's Rd, turn on to Hannaton Rd then onto Poingdestres Rd and carry on to the carpark at the end of the road.

Farm surveys of the catchment have been completed, allowing for the start of on-the-ground works around sediment and weed management, fencing, planting and erosion control in conjunction with local landowners.

Local catchment groups, established by Environment Canterbury land management advisors, have generated positive momentum for the project. The Hook Catchment and Wainono Water Users groups have had most involvement in the Lagoon.

Thanks to $800,000 from the Government’s Fresh Start for Freshwater Fund and $225,000 from the Canterbury Water Regional Committee and the Lower Waitaki Zone Committee, the project has a solid foundation for continuing its good work.
Water quality reporting

Canterbury mudfish/kowaro populations have been sampled in streams across the catchment. A key focus of the project is enhancing areas where mudfish live, with the sampling resulting in several locations targeted for development.

A detailed water quality sampling has been established to determine a baseline to measure the progress of the project. There can be much background variation (especially seasonal) which affects water quality and therefore it is important to have a robust process to find this baseline.

A study into the historical conditions of Wainono Lagoon (PDF 1.68 MB) was completed in 2014. The results show that before European settlement the Lagoon was predominantly freshwater. The last 160 years have seen significant change, with the creation of the Waihao Box and conversion to pasture and associated activities (increased sediment and nutrient load from draining, drying, burning and conversion) leading to the current hypertrophic status. Sediment input has been relatively constant since European settlement, with silt comprising around 80% (sand, clay and organic matter making up the rest). This is good news for the project because the remediation actions proposed will trap much sediment this size.

During April 2014, Wainono Lagoon and some of its tributaries were sampled for eel populations by fyke-netting and electrofishing. While few elvers (juvenile eels) were caught, the population of mid-size eels were most common (600mm ±200mm). Fyke-nets recorded a catch between 7.5 and 135.5kg.

We will be letting everyone know how we are progressing with the restoration work through regular newsletters.

As part of the Canterbury Water Management Strategy (CWMS), the Lower Waitaki South Coastal Canterbury Zone Committee has funding of $100,000 per year for four years (2011-2015) to support projects through the Immediate Steps biodiversity protection and restoration programme.