The Southern Alps form the backbone of the Hurunui Waiau zone, with the eastern limit bound by the Pacific Ocean. The district is the most diverse in Canterbury and is home to a great variety of flora and fauna including great spotted kiwi/roroa, endangered blue duck/whio and extensive kanuka woodland. 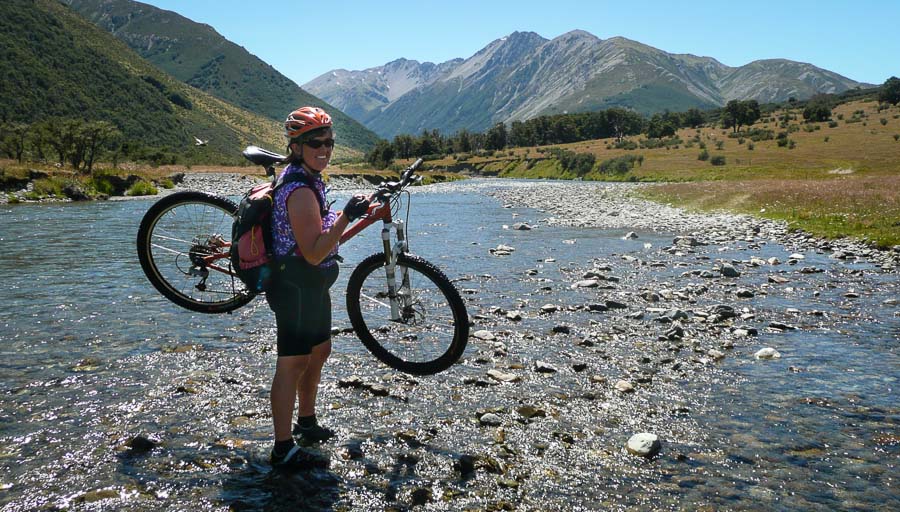 The Hurunui district is the most diverse in Canterbury. Great-spotted kiwi/roroa are found in good numbers, yellowhead/mohua, kākā, kea, orange-fronted parakeet/kākāriki-whero (endangered), and blue duck/whio (threatened) are present. Bats/pekapeka may also exist in the area.

A variety of indigenous plant communities are found in the more developed/modified eastern half of the district. These include remnant coastal hardwood forest, mixed shrubland, savannah woodlands, and tussock grasslands. The largest kānuka woodland in Canterbury is found near Medbury. Areas of remnant podocarp forest such as Wandle Bush, Terako Downs and Lottery Bush are significant. Prostrate kōwhai and cabbage trees are indigenous features of particular interest.

Hurunui contains the easiest passes between the West Coast (Te Tai Poutini) and Canterbury. The passes were utilised by Māori for travel and trade, particularly for the precious jade - pounamu (greenstone). The Hurunui lakes were extensively used for mahinga kai, particularly for waterfowl and eels/tuna.

Tracks and a car park are under construction at Mimimoto Lagoon, so you are not able to visit at the moment. 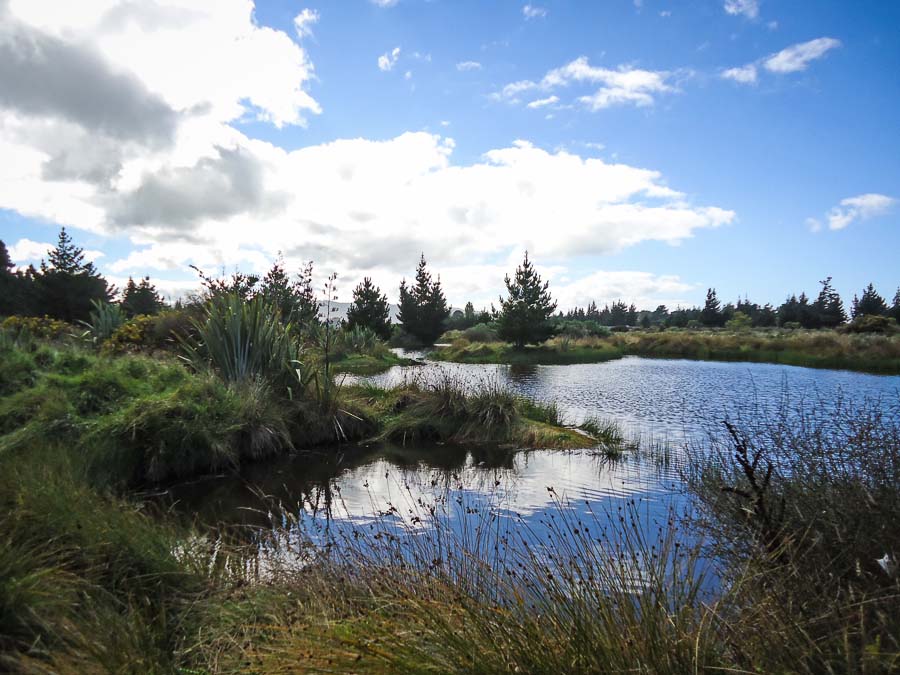 A 20 minute walking trail winds its way next to a regionally significant coastal lagoon, salt marsh and freshwater wetland. The lagoon is also a safe place to kayak and picnic.

The track takes you around Mimimoto Lagoon which is home to eel (tuna), inanga, upland bully, common bully and many invertebrate species. New Zealand scaup, shoveler duck, grey duck, bittern/matuku, black billed gulls, pukeko, red billed gulls and grey warbler all use the lagoon and its surrounds for roosting, feeding and breeding.

Salt marsh and grassland vegetation near the mouth of Mimimoto lagoon contains some locally-rare plant species including the native grass Zoysia minima, Leucopogon fraseri dwarf mingimingi and Apodasmia similis- wire rush. Native groundcovers are present including Leptinella and Mazus species. In addition to protecting these remnant plants with fencing, forest species such as totara, kahikatea and cabbage tree have been planted on the site.

In 2012 the landowner removed grazing from the saltmarsh area which has allowed native plants such as salt marsh ribbonwood, Plagianthus divaricartus to regenerate. The restoration project was started with wetland fencing of 3.8 hectares to keep stock out. Planting of native species has been undertaken over the last two years and this will be added to over time. The project will eventually be expanded to protect around 8 hectares of this coastal wetland.

The generosity of the landowner has enabled this project to take place with the support of QEⅡ Trust. The restoration of Mimimoto Lagoon has been made possible through Immediate Steps funding awarded by the Hurunui-Waiau Zone Committee which is part of the Canterbury Water Management Strategy.

From Amberley (SH1) take Amberley Beach Road and continue 800 metres past Hursley Terrace Road. The Mimimoto lagoon car park is located on the south side of the road.

Because this project is on private property please follow all signs. No fires or camping.

Mata Kopae Lagoon is a great place to stop and have a picnic on the road between Kaikōura and Christchurch. 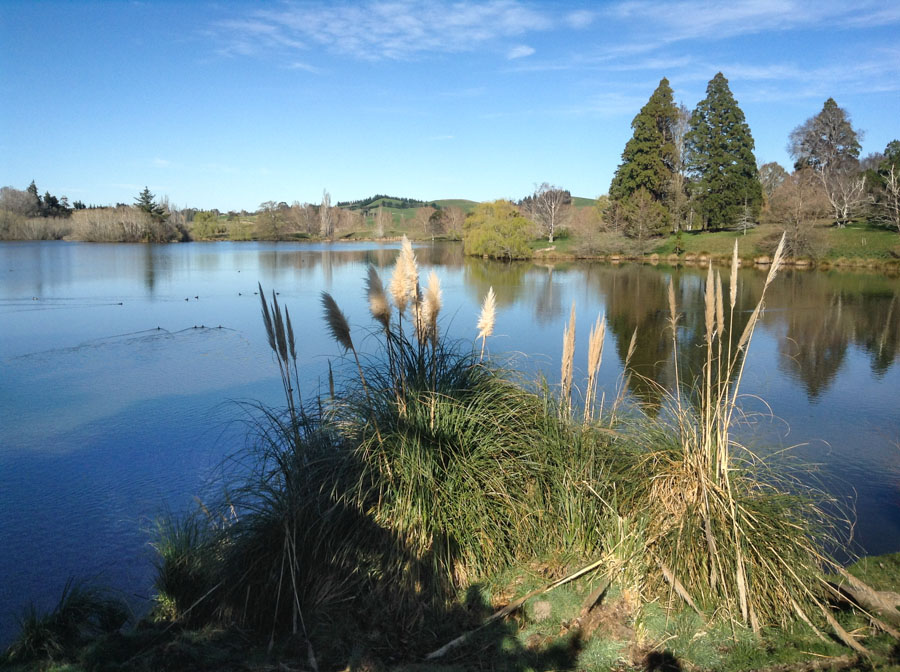 Things to do
Mata Kopae/St Anne's Lagoon is a lovely place to stop, have a picnic and wander around. See the Mata Kopae map (PDF 352 kB) for the area where public access is allowed. At some times of year the lagoon experiences algal blooms. Please take note of any signage.
Description

Mata Kopae is the Māori name for the freshwater lake with arms stretching like octopus tentacles into rolling farmland. Exotic trees planted since the early 1900s shelter picnic tables looking out to the 6-hectare lake where bird enthusiasts have recorded waterfowl including scaup/papango, New Zealand shoveler/kuruwhengu, paradise shelducks/pūtangitangi and Cape Barron geese.

John Rentoul, beekeeper, amateur botanist and Cheviot domain board chairman from 1909–24, started planting the 20-hectare reserve and bird sanctuary, set aside in 1897.

By the early 20th century, the lagoon had become popular for picnicking and boating. In recent years mostly native species have been planted, by volunteers from the Cheviot Reserves sub-committee of the Hurunui District Council (who own the lagoon) and farmers on adjoining private land.

James and Joanna Paterson bought 356-hectare Ridgeway Farm bordering St Anne’s Lagoon in 1993. A major selling point was the view from the homestead across the lagoon to rolling farmland backed by the Seaward Kaikoura Range and Mt Tapuae-o-Uenuku. They began planting natives to help return the lagoon to a more natural state and in 2014 the Hurunui-Waiau Water Management Zone Committee granted the couple $21,900 of Immediate Steps funding to fence the lake edge and gullies to keep out cattle then plant natives such as Carex secta, raupo, flax, cabbage trees and toi toi.

Ngāi Tahu have a strong connection to Mata Kopae. Their ancestors built the banks at its entrance to retain tuna (eel) breeding stock, later shifted to build populations in other areas. Connected to the Waiau River through Caroline Stream, it was an important mahinga kai (food gathering) place for tuna, other native fish and waterfowl.

Mata Kopae Lagoon is on State Highway 1 approximately 5km north of Cheviot. It is signposted off SH1.

As part of the Canterbury Water Management Strategy (CWMS), the Hurunui Zone Committee has funding of $100,000 per year for four years (2011-2015) to support projects through the Immediate Steps biodiversity protection and restoration programme.