Environment Canterbury offices closed until further notice.
All of our office buildings are closed to the public, including the Metroinfo counter at the Bus Interchange. All of our staff are working remotely, but you can still get hold of our Customer Services team by calling 0800 324 636 (between 8am and 5pm) or visit our contact us page on the website. Stay safe and stay at home if you are unwell.

Following a wet start to summer, rainfall across most of the region was average, or below average in some areas. River flows were close to average, with some early January sporadic rainfall in north Canterbury causing good flows in coastal streams. 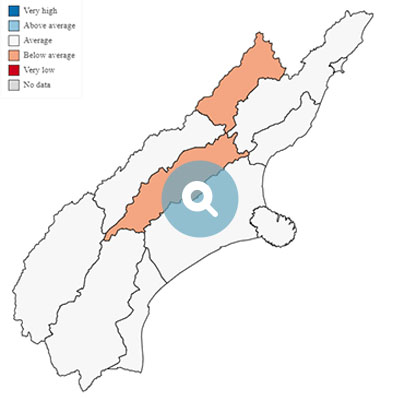 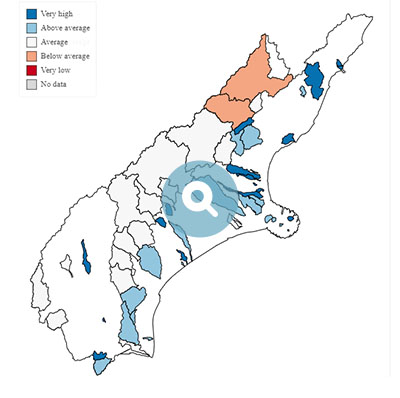 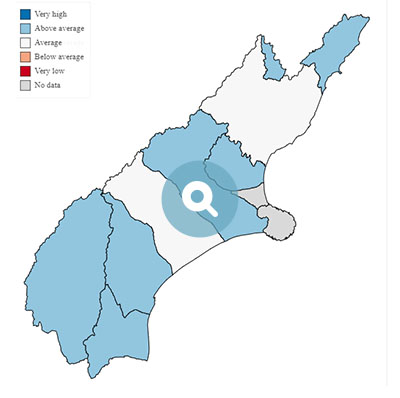 The bottom plot shows the history of the full 2017/2018 year for comparison.

Irrigation restrictions through October to the end of January 2019

Groundwater levels across the region were getting a bit low after a relatively dry winter, but they have responded to the rain of the past couple of months. They are currently at average levels for the time of year. The graph below shows the cycle since 2010 in an indicator well west of Christchurch.

Groundwater depth below surface in a West Melton monitoring well

The good news for the Selwyn River / Waikirikiri, particularly the lower part below Chamberlains Ford, is that groundwater levels are still above average and there are still sustaining reasonably flows for Coes Ford, although several hot weeks have shown the flows to be declining slowly since early January.

The Selwyn River / Waikirikiri was high in late November (38-40 cumecs), following high rainfall, but flow has now ceased to flow under SH1. It is likely that the drying across the plains will continue for the remainder of the summer while the lower parts of the river will continue to flow.

View the water quality in our monitored rivers and streams reporting back page.