Scheduled server maintenance
We will be performing server maintenance in the evenings between 25 and 29 October. Some data pages and external websites we manage will be unavailable during this time. We apologise for any inconvenience.

The entire Canterbury coast is at risk from tsunamis.

The place where a tsunami starts will determine how much, and what kind, of warning we get. The biggest tsunami threats for Canterbury are tsunamis created by large earthquakes on the Hikurangi or Kermadec subduction zones, to the east and north of the North Island, or by large earthquakes off the coasts of Central or South America. 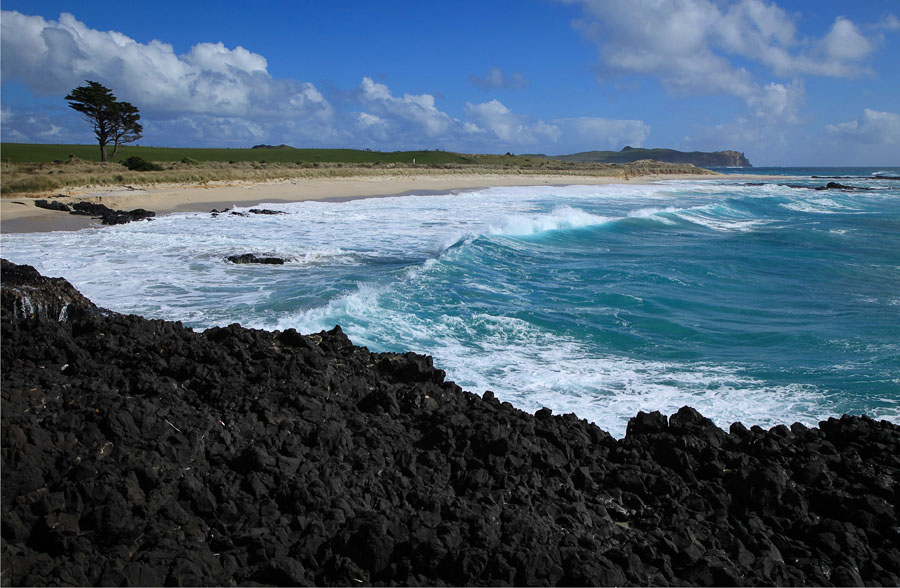 How are tsunami waves different to normal ocean waves?

Tsunami waves are not like normal ocean waves, which are created by wind. Normal ocean waves only involve the top few metres of water in the ocean and come and go off the coast quickly without flooding higher areas. Tsunami waves involve the whole depth of the ocean, not just the top few metres. They are long waves and travel across the deep, open ocean as fast as a jet plane. When tsunamis get to shallower water they slow down, bunch up and get higher.

Because a tsunami is a series of waves, it causes many waves or surges that arrive over several hours or even days. The first wave is often not the largest – the largest wave can arrive hours after the first wave.

When they reach shore, tsunami waves are often no higher than normal ocean waves, but they are more dangerous because they have much more water behind them so can move a long way inland very fast - a tsunami wave less than half a metre high will knock you off your feet. Often tsunamis look like the tide is coming in or going out very quickly.

Most tsunamis we experience are not big enough to flood land, but they can cause strong and unpredictable currents and surges around the coast, which can be dangerous for people in the water or on the beach or rocks. Check out this video of one of the 2010 Chile tsunami waves coming into the Avon Heathcote Estuary (Ihutai) – it doesn’t look that high, but it packs a punch.

Occasionally, perhaps a few times in your lifetime if you live in Canterbury, a tsunami will be big enough to flood some land.

Local source tsunamis are those that take less than an hour to reach the shore. The enormous forces involved in the collision of Pacific and Australian tectonic plates through central New Zealand have broken the Earth’s crust to bits, creating earthquake faults on land and under the sea off the North Canterbury coast, which can generate tsunamis.

There are also earthquake faults in Pegasus Bay, off the Christchurch coast, but they are smaller and move less frequently. These faults are unlikely to generate a tsunami that would be damaging along the open Pegasus Bay coast, including Christchurch, but they could be damaging at the heads of the northern Banks Peninsula bays because of the way the inlets tend to funnel tsunami waves.

There are no known earthquake faults in the Canterbury Bight off the South Canterbury coast.

The tsunami generated by the magnitude 7.8 November 2016 earthquake is the only damaging tsunami created close to our shore in Canterbury since European settlement, but there are pūrākau (Māori stories) of taniwha coming out of the sea and grabbing people off the beach, which could be about tsunamis.

There is unlikely to be time for an official warning to be issued or for sirens to sound for a local source tsunami. If you feel a long earthquake (more than a minute) or a strong earthquake (hard to stand up), leave the red and orange tsunami evacuation zones as soon as the shaking stops. Do not wait for an official warning, siren, emergency mobile alert, or for someone to tell you to go.

While there are no known earthquake faults large enough to create a damaging local source tsunami along most of the Canterbury coast south of the Waipara River mouth, it is still wise to evacuate the red and orange tsunami evacuation zones if you feel a long or strong earthquake – Mother Nature often throws us surprises.

Note: In most other parts of New Zealand, yellow zones need to be evacuated in a long or strong earthquake. You should check local tsunami evacuation zones when spending time on the coast.

The Canterbury coast could be affected by a tsunami created in the Hikurangi and Kermadec trenches off the North Island, or the Puysegur Trench off Fiordland. These tsunamis are called regional source tsunamis and would take between one and three hours to reach the closest piece of Canterbury coast.

Canterbury hasn’t experienced a regional source tsunami in its written history, so we don’t know much about them, apart from what geologists and tsunami modellers can tell us.

If you feel a long earthquake (more than a minute) or strong earthquake (hard to stand up), evacuate the red and orange tsunami evacuation zones as soon as the shaking stops.Do not wait for an official warning, siren, emergency mobile alert, or for someone to tell you to go.

Note: In most other parts of New Zealand, yellow zones need to be evacuated in a long or strong earthquake. You should check local tsunami evacuation zones when spending time on the coast.

All of Canterbury's coastline can be affected by tsunamis from the Pacific Islands or from across the Pacific Ocean. These tsunamis are called distant source tsunamis and they take at least three hours, but usually more than 12 hours, to reach our coast.

For Pegasus Bay and Banks Peninsula, these tsunamis are the biggest and most likely tsunami threat. Four of the five damaging tsunamis that Canterbury has experienced - in 1868, 1877, 1960 and 2010 – came from the South American coast.

You won’t feel the earthquake that creates a tsunami from the Pacific Islands or across the Pacific Ocean because it is too far away, but there will be time for an official advisory or warning. You will be told which zones need to be evacuated.

In most official advisories or warnings you will only need to stay out of the red zone, which covers beaches, river mouths, estuaries and harbours, because of the strong and unpredictable currents and surges that even small tsunamis can create in these areas.

Why didn’t the 2010/11 Canterbury earthquakes cause tsunamis?

The September 2010, February 2011 and June 2011 earthquakes did not cause tsunamis because they happened on land and did not disrupt the sea floor.

The December 2011 and February 2016 earthquakes were off the coast, in Pegasus Bay, but the movement on the earthquake faults was entirely under the sea floor. The movement was not big enough to break the sea floor and create a tsunami.

The aftershocks from these earthquakes were also too small to cause a tsunami. An earthquake under the sea floor usually needs to be greater than magnitude 7 for the fault to cut all the way up through the rocks to the sea floor to cause even a small tsunami.