We are committed to helping our communities to understand and be resilient to natural hazards risk, including climate change, and we asked the National Institute of Water and Atmospheric Research (NIWA), to analyse projected climate changes for our region.

Published in 2020, NIWA's report (below) looks at how aspects of our climate such as temperature, precipitation (rain, snow, drought potential), wind and sea levels might change between now and 2100. It is based on global climate model simulations from the Intergovernmental Panel on Climate Change (IPCC) Fifth Assessment, scaled down for New Zealand, with a focus on Canterbury.

This is a technical report (not for the faint-hearted!) but it is the most detailed information we have. Each chapter has a helpful summary, and key projections are set out below. 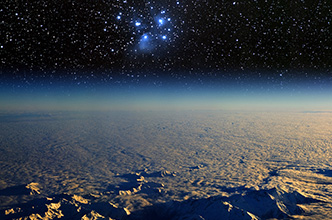 A little bit of technical knowledge goes a long way. Remember the thickness of the blanket?

Assessing future climate change due to human activity is difficult, because projections depend on greenhouse gas concentrations, which in turn depend on how we respond as a society. Climate scientists have dealt with those dependencies by developing different possible 'scenarios', based on different amounts of greenhouse gases in the atmosphere. These scenarios are called Representative Concentrations Pathways (RCPs), abbreviated as RCP2.6, RCP4.5, RP6.0, and RCP8.5. RCP8.5 is the highest level.

The NIWA report looks at two scenarios: RCP4.5 (which could be realistic if immediate global action is taken towards mitigating climate change) and RCP8.5 (sometimes called the 'business-as-usual', where emissions continue at current rates).

To keep it simple here, we've described these two scenarios as whether we cut emissions, or if we don’t.

More climate change projections for the Canterbury region are available on the Ministry for the Environment and NIWA websites.