The Willows park, located at the end of Thompsons Road, off Old West Coast Road in West Melton, was officially opened on Saturday.

The area has been developed for non-motorised recreation activities and includes a 4km dedicated walking and cycling trail; there’s also great fishing spots, and picnic facilities.

More than 1000 trees were planted as part of the development of the area to aid the park’s biodiversity and Broughton spoke about the importance of having such a space in the Selwyn region.

Selwyn mayor Sam Broughton wants to see people using The Willows for many years to come.

“May this place be somewhere that is enjoyed for generations to come by people young and old, human and animal too,” Broughton said.

The park was developed by Environment Canterbury with support from Selwyn District Council, while the New Zealand Motor Caravan Association was also one of the key partners.

“It’s really cool to come to a project where it’s not just about one group of people doing something for the members of that one group.”

“This park is a good example, and a case study really, of what can be achieved if multiple agencies work together with the private sector, as well,” Page said.

Despite the overcast weather, more than 100 people attended the opening, which featured a handful of speeches before Broughton cut a ribbon and declared the park officially open.

Members of the New Zealand Motor Caravan Association attended with their motorhomes and caravans, while other guests traversed the walking and cycling trail. There was also a biodiversity walk hosted by Environment Canterbury regional park ranger Greg Stanley. 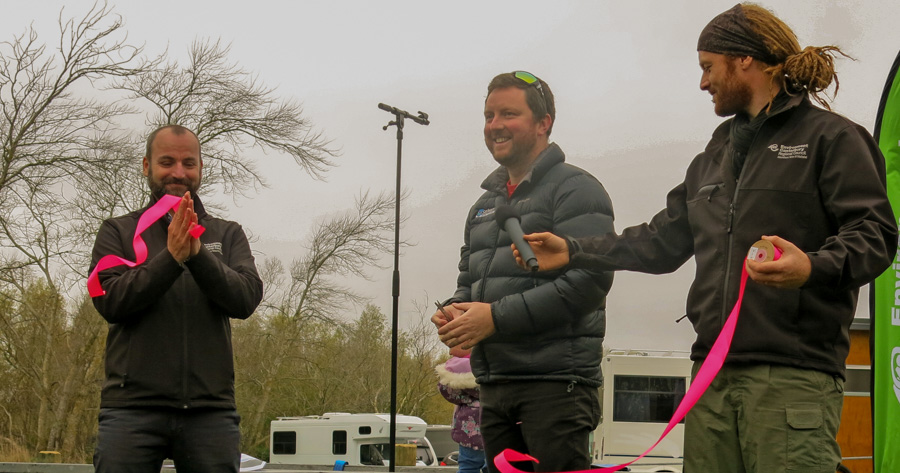 The Willows is a great spot for walking, cycling, and fishing near the Waimakariri River.

"We also recognise that environment issues are inter-dependant and we fully support the Government’s call to turn a… https://t.co/Dk4noWAhd6
Report an environmental incident with Snap Send Solve
A new project to trial the use of fertigation could be the answer to reducing nitrogen leaching on farms. Read more… https://t.co/w89XvrE1JP
Pūkaki dam spill demonstrates power - sweeps down riverbed
Whakaora Te Ahuriri Project, Ahuriri Lagoon - December 2019
Watch your speed and look out for others on the water
Make sure you and your crew have correctly-fitting lifejackets
Environment Canterbury © 2020
Retrieved: 8:20am, Wed 19 Feb 2020
https://ecan.govt.nz/get-involved/news-and-events/2019/new-park-development-in-west-melton-is-officially-open/